Folks, we’d like to welcome you to the announcement of the greatest Christmas-themed punk show on earth—and this year, it’s a star-studded livestream extravaganza. The mightiest of mightiest, the holiest of holies, the sexiest of sexies, the lords of lords, the hosts of hosts, the best damn band in all the land: The Lawrence Arms are once again coming to bestow holiday cheer on all for the sixth annual War On X-Mas.

Tune in on Friday, December 11—unlike most punk shows, this one will actually start at 7:00 p.m. CT sharp. Proceeds will go towards the Greater Chicago Food Depository (AKA the Chicago Food Bank). And in case all of that hasn’t injected you with enough holiday cheer, the one and only Brendan Kelly has described it (somewhat) beautifully for us:

“In the great tradition of many other failing empires, the Lawrence Arms War on X-Mas brings you the first ever Pandemexstraviganza! Featuring your favorite Lawrence Arms (also Beex!), the guy from Blink you’ve met, the guy from Alkaline Trio that’s not that guy, the guy from Rise Against who coaches your daughter’s soccer team, that one comedian that barfed on Beex, and more…” 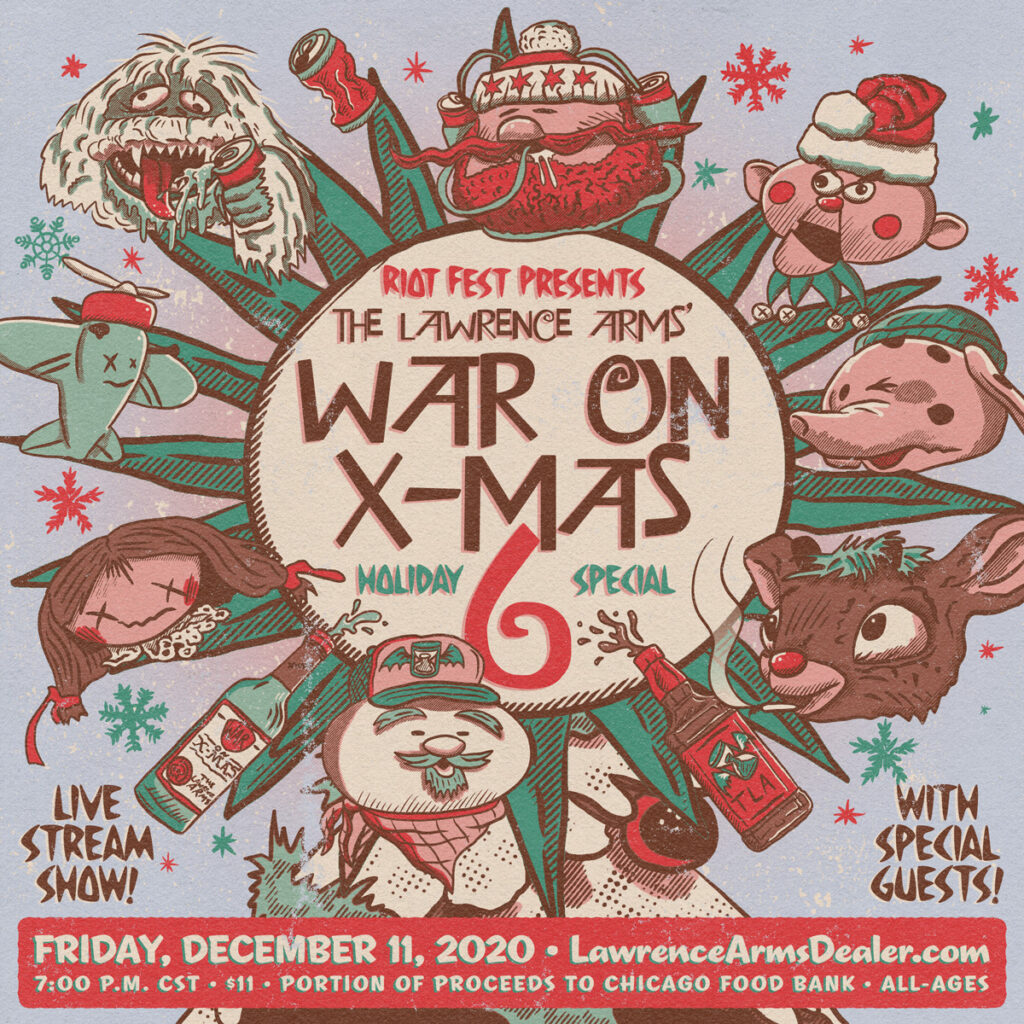