I Made Slipknot Pumpkins And Blew Them Up

Ah, fall time in Chicago, the season that lasts for about a solid week. Meaning you have to cram in as many autumn traditions as possible in a few short days. Getting your flannels together to layer up with? Sure. Ordering your favorite form of pumpkin spice at the local corporate chain store? I guess. Really the true harvest heads are putting on their dildo-nosed gimp masks and terrorizing the townies. So I think its fair, this Halloween, to honor one of the scariest things to come out of the state of Iowa: Slipknot! Followed right after their voting history.

The heavy metal band has a very horrifying past of debauchery and filth. I remember hearing a story about how the lead singer, Corey Taylor, was on tour with Marilyn Manson and wanted to impress him. He casually vomited in a dressing room cup and continued to drink it. That’s just one thing on a long list of weirdo and grotesque shit the band has done. So it only makes sense to slap them on some grocery pumpkins and create some DIY spooky home decor. 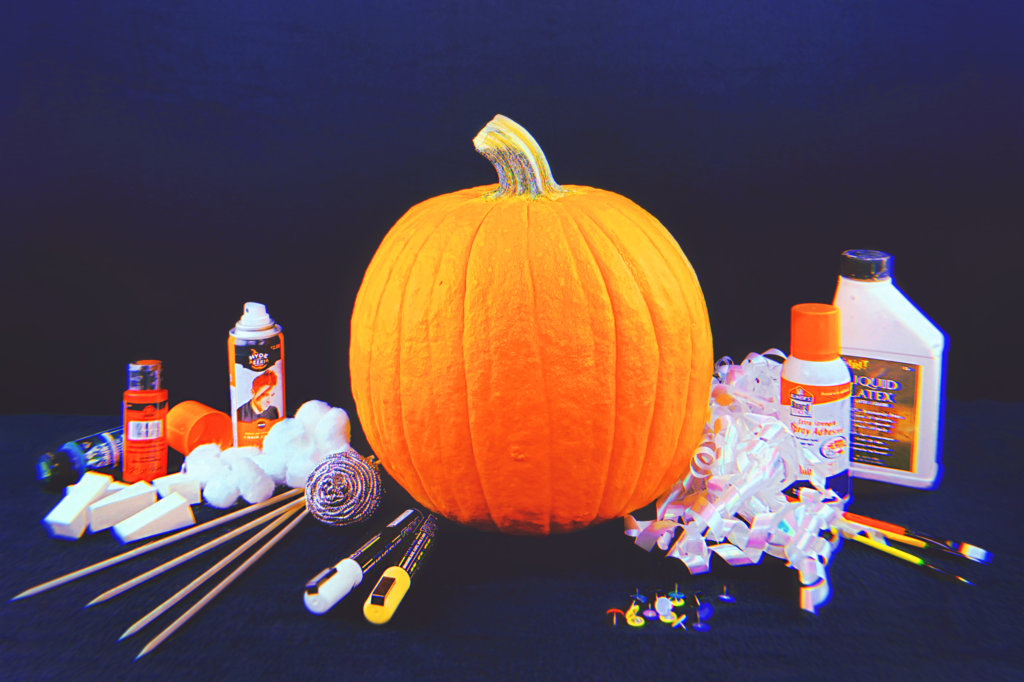 For supplies I suggest gathering whatever scrap metals and sharp objects you have around the house. I got lucky and found some push pins and wire in the “everything drawer”. There is no way in hell I was going to make all of the band members so I just chose my favorite few. If you don’t have the exact things you can get creative and make your own mask. When asked, say it’s one of the future members they haven’t switched in yet. No one would ever know.

Here are some things I used:

Clean out your pumpkin. This process is monotonous, but the better you remove the seeds and scrap off all the excess, the longer your pumpkin will last. So I’m going to make sure the insides are as empty as the inside of myself. 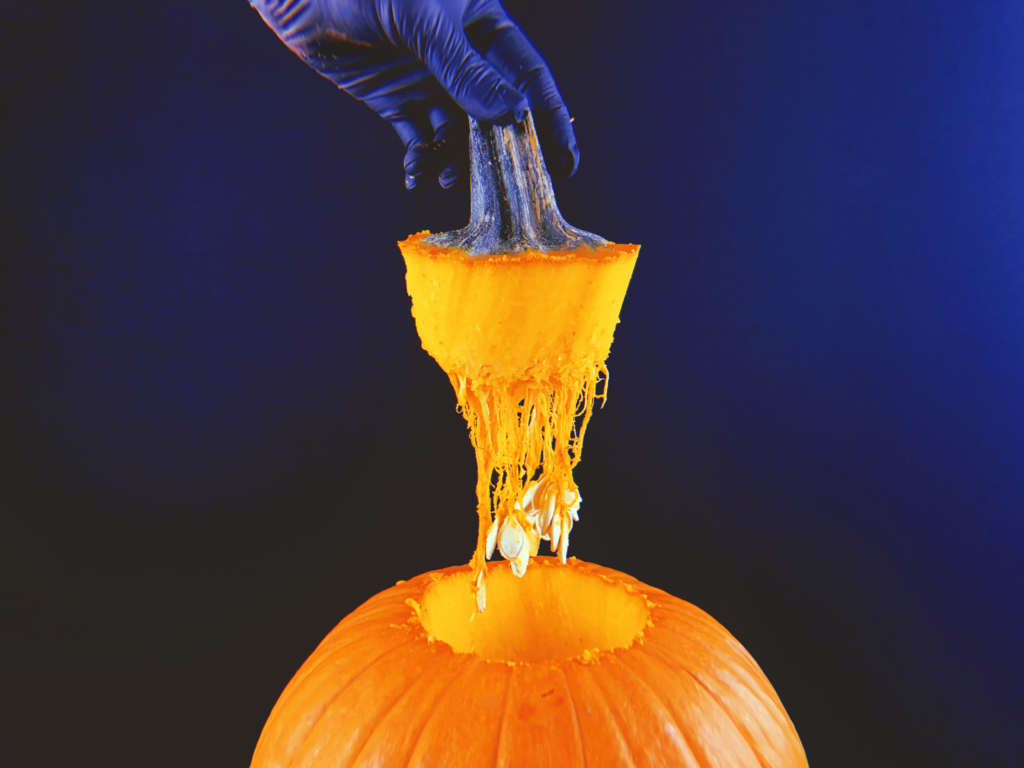 To make a terrifying pumpkin is making a three-dimensional pumpkin. First, Map out the face with markers and cut out the eyes and mouths. Second, build out the face using cotton balls and pouring on liquid latex like I did with Clown. It’s annoying to work with, but gives good gritty texture and you can create basically anything. If you got cash to blow on something dumb and really want to get into it, you can use sculpting clay like I did with evil Pinocchio here. 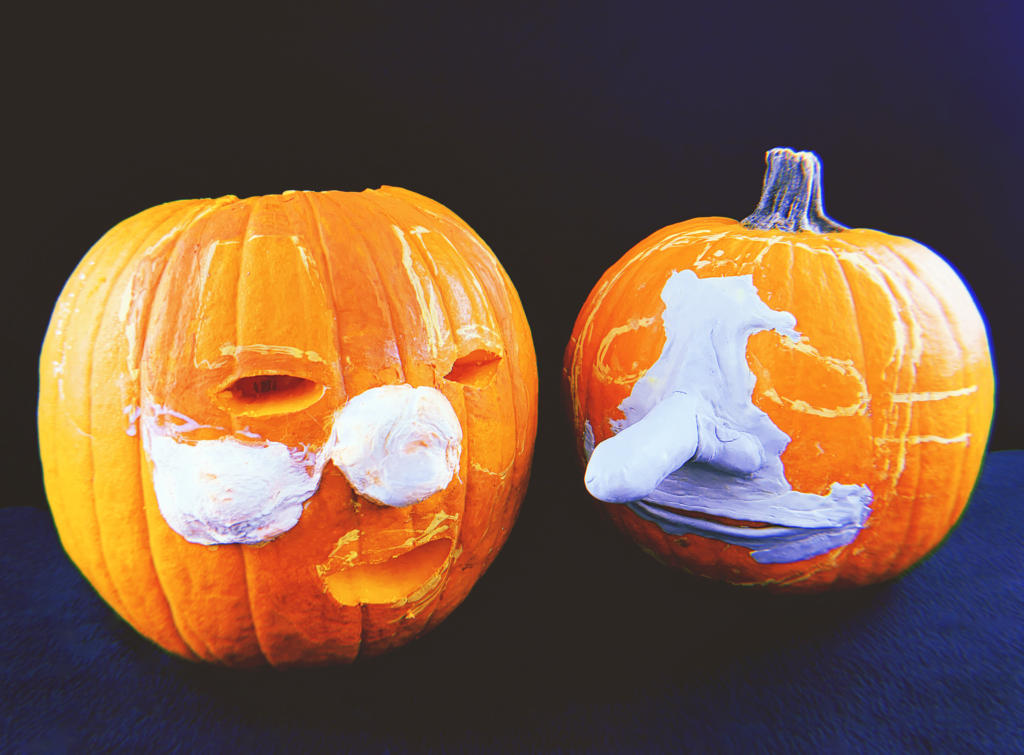 Accessorize (weaponize) your creepy fetish pumpkin. Unless you have 12” sharp spike nails laying around we’re going to use kebab sticks a paint them with metallic paint. Also, why do you have those? 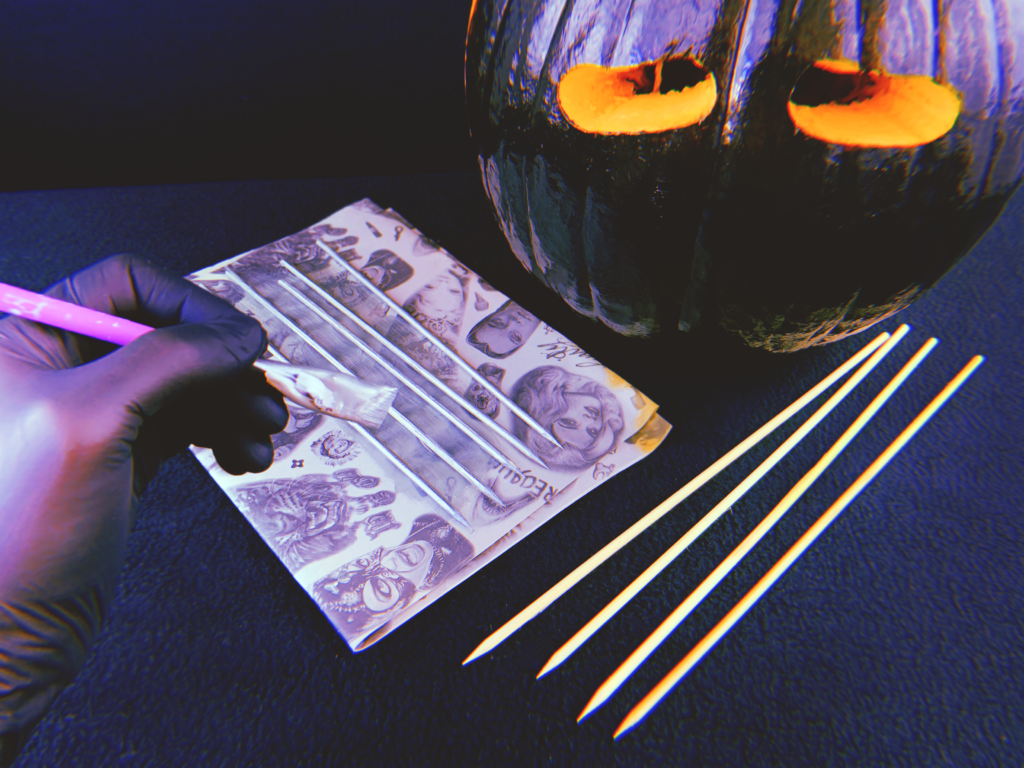 I would like to know the statistics of clown pattern baldness. Why are most clowns bald? Were they bald before and decided they needed to become a clown, or does it happen after? Anyways, I couldn’t find anything orange for his hair so I had to make my own. 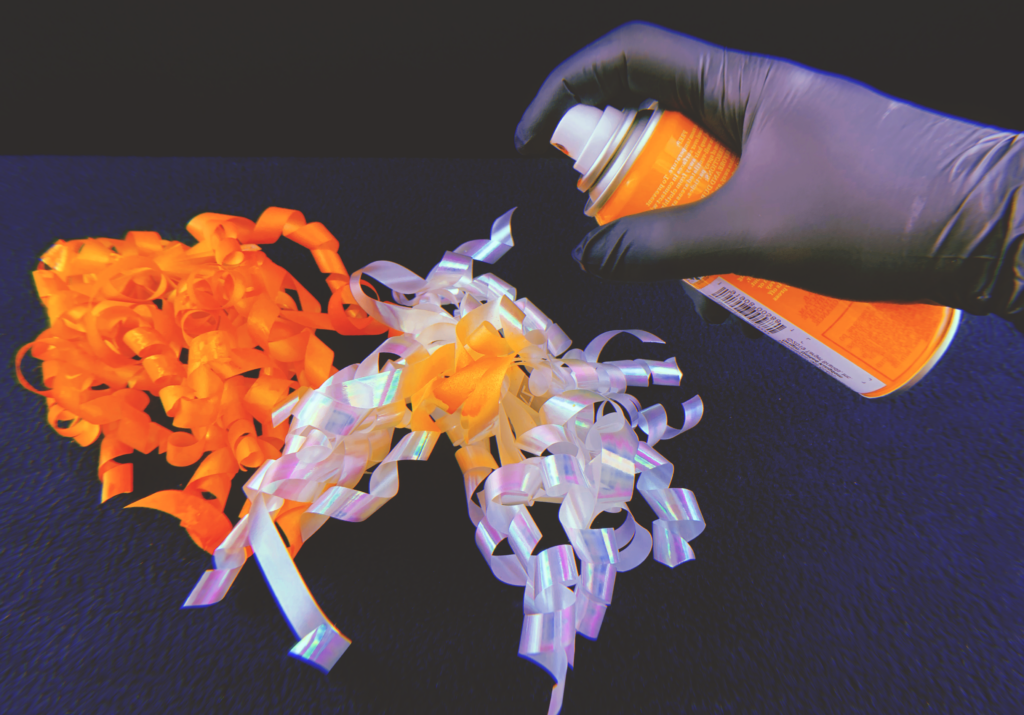 Now it is all coming together. It’s time to paint on the white base. Oh, I forgot I didn’t have anything for teeth and found some plastic stick on nails because that’s the type of person I am. It also trips me out thinking about fingernails as teeth. 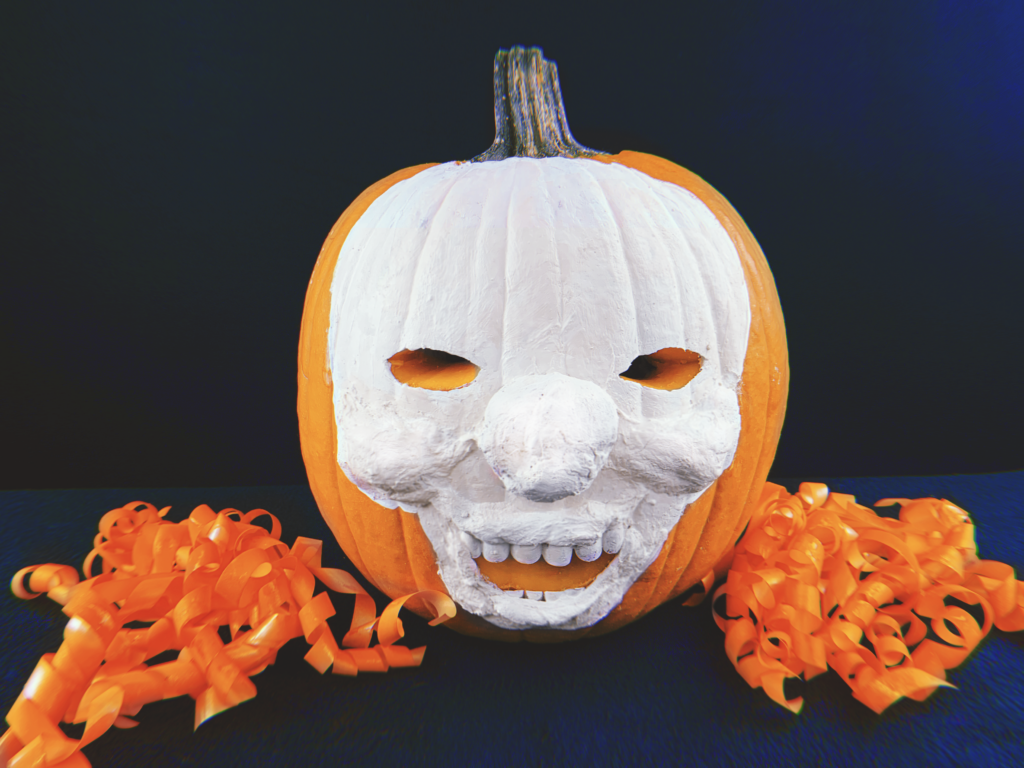 This is where you’re on your own. It’s not my bad if you don’t know how to paint or anything like that. Draw on all the features of the mask. Luckily, these masks are gross and grimey looking. The more messed up may be the better. A cool trick to making it looked aged is using a steel wool scrub. It will rub off the top layer showing off the white. Cake on some mud on it or whatever you have to do. Put your final touches on it and voila! You assembled your own nu metal pumpkin band. 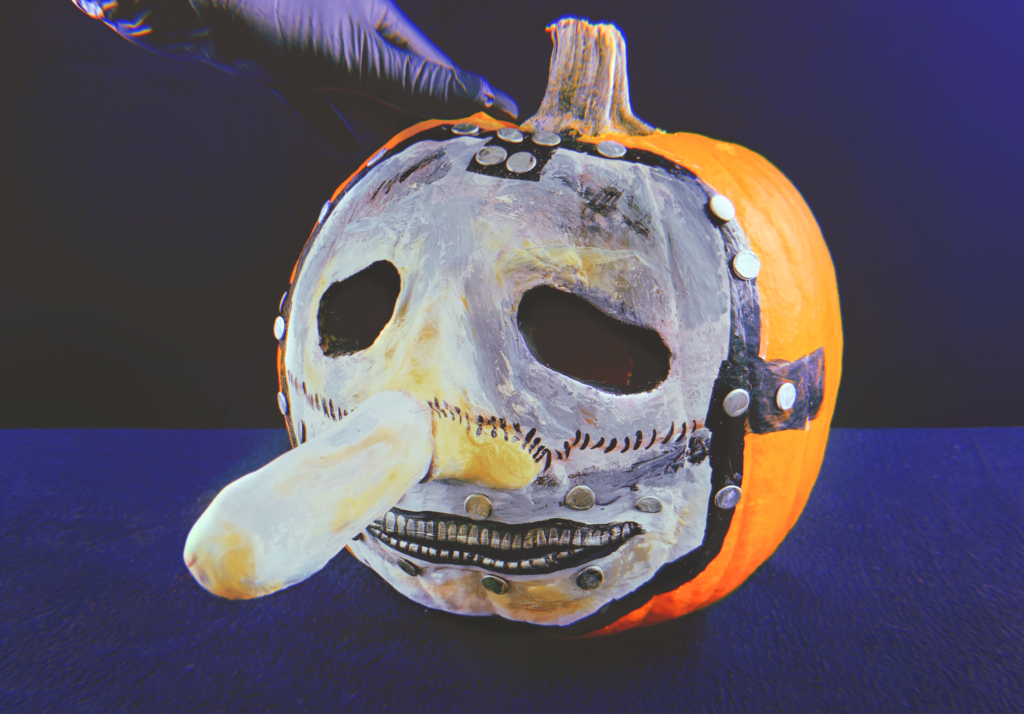 There you go! It’s time to bust these puppies out and show off all your hard work. Place them on your porch so you are sure to traumatize the neighborhood children! 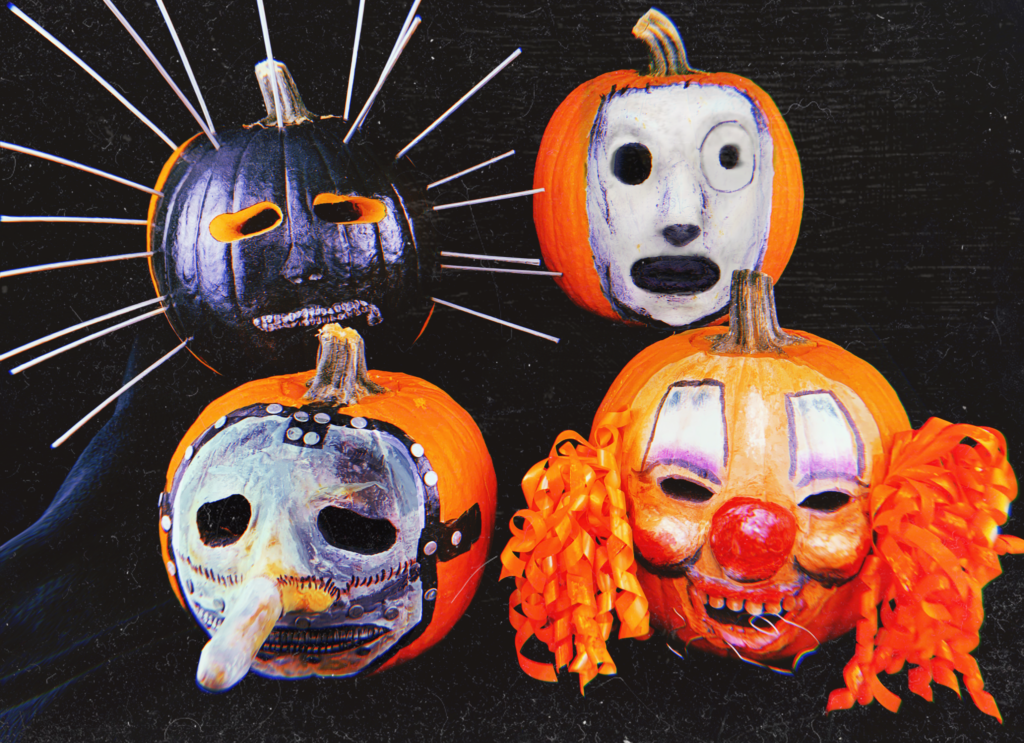 If you fell for the the clickbait and just scrolled passed everything to watch me blow them up, here you go:

We made @slipknot pumpkins and blew them up. Read how to make your own via the link in our bio.