Clamantha & The Gals Go To Some Big Show

A lowbrow Renaissance woman for the Instagram era, Meg Spectre is one of those artists who can’t stick to just one medium. She not only draws and writes comics, but also sculpts her own action figures, makes her own kitschy but weirdly emotionally compelling music videos, and even dabbles in Juul art. With that kind of talent we just had to get her on our team. Before her Riot Fest debut, we slid into Meg’s DMs to get to know her (and her soon-to-be-famous quasi-alter ego Clamantha).

RIOT FEST: To start, can you tell our readers who you are?

How long have you been drawing comics?

I was making a long-term, semi-autobiographical comic when I was in the 4th grade. It’s exactly as cringe as you can imagine, and I still feel bad about depicting my parents with so many wrinkles…

How autobiographical is the comic you made for us?

I think every single character talks like me, so that’s something. The vibe also sort of encompasses some of how I feel at punk shows. But as a whole, the comic mostly serves as a love letter to girl squads everywhere…

Shout out to girl squads. Are you working on anything else people should keep an eye out for?

Yes!!! I’m actually working on a Clamantha action figure right now! She will be sold at Clutter Magazine’s Five Points Festival in NYC, which is like a toy-centric convention type deal. Lotta Funko Pops around, if you know what I’m saying. But yeah, it’s June 1st and 2nd, and everyone should come hang out and meet me! 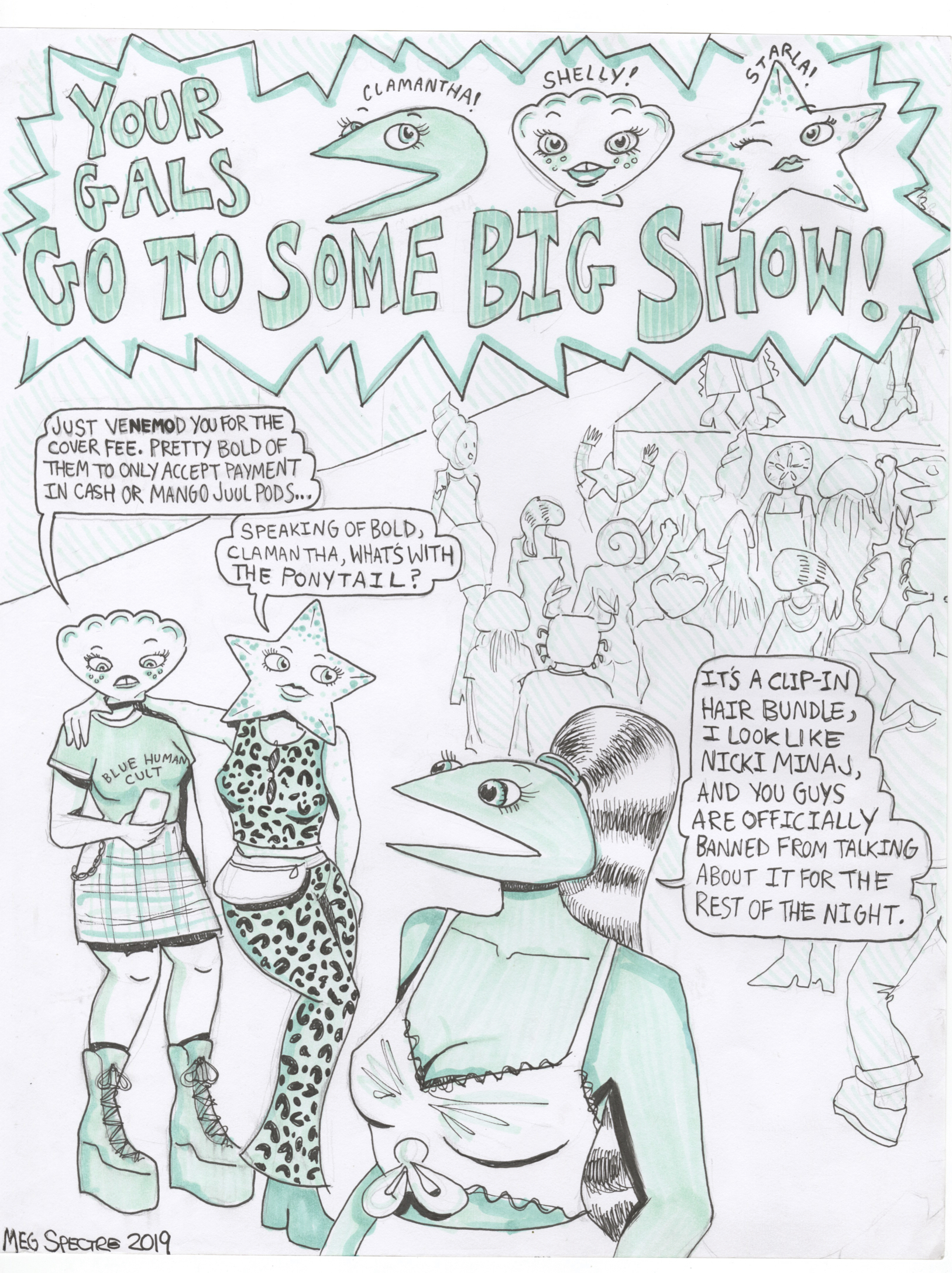 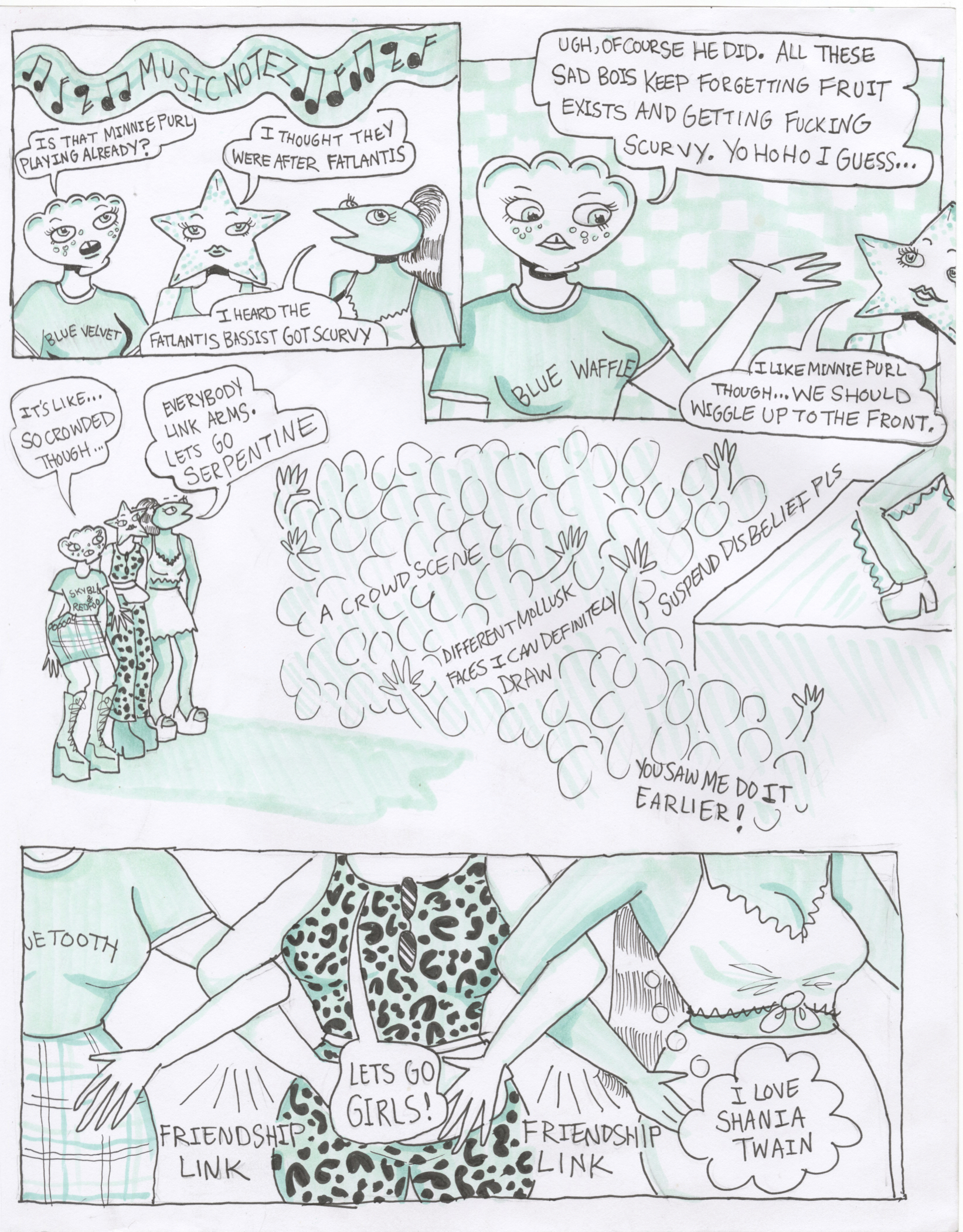 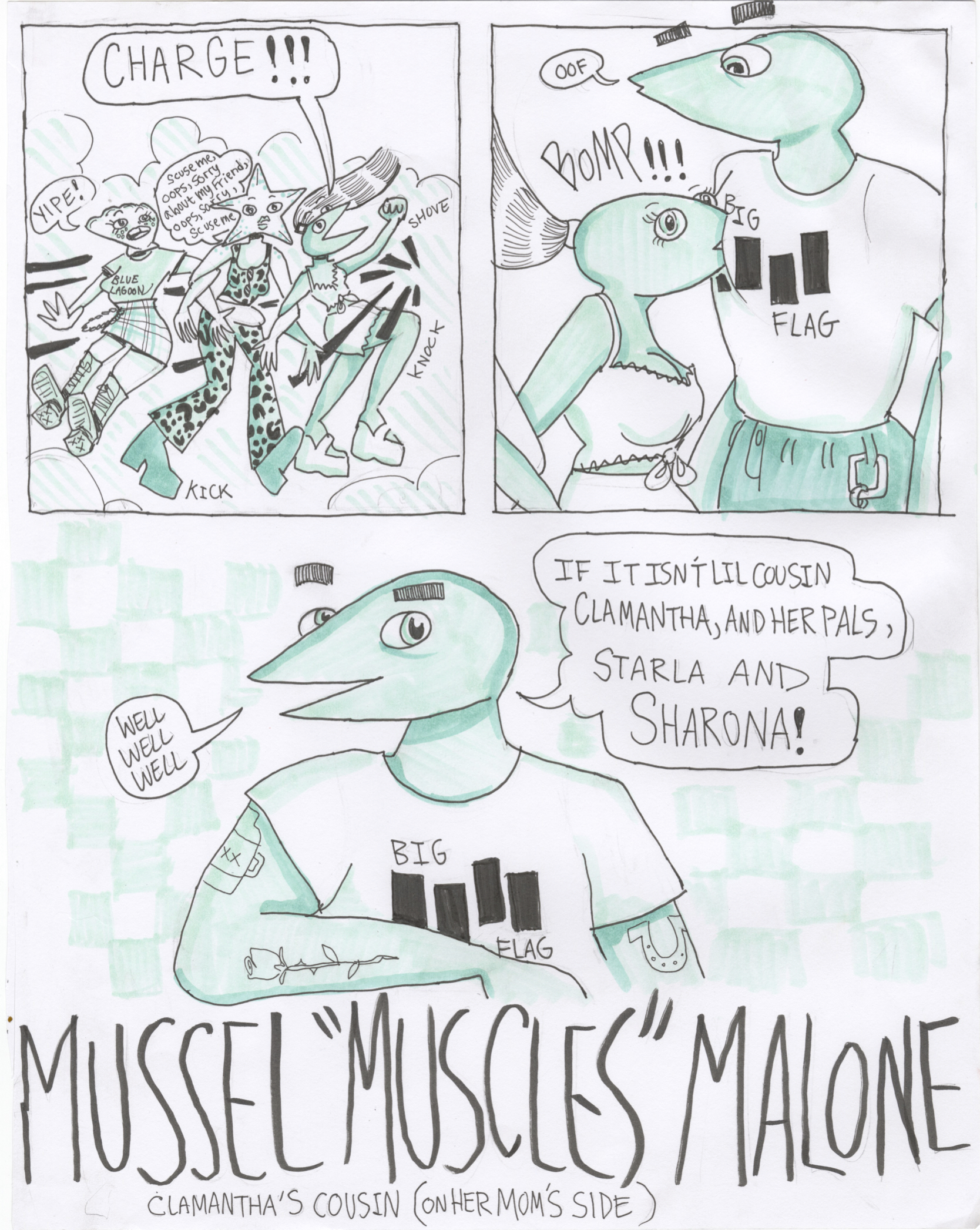 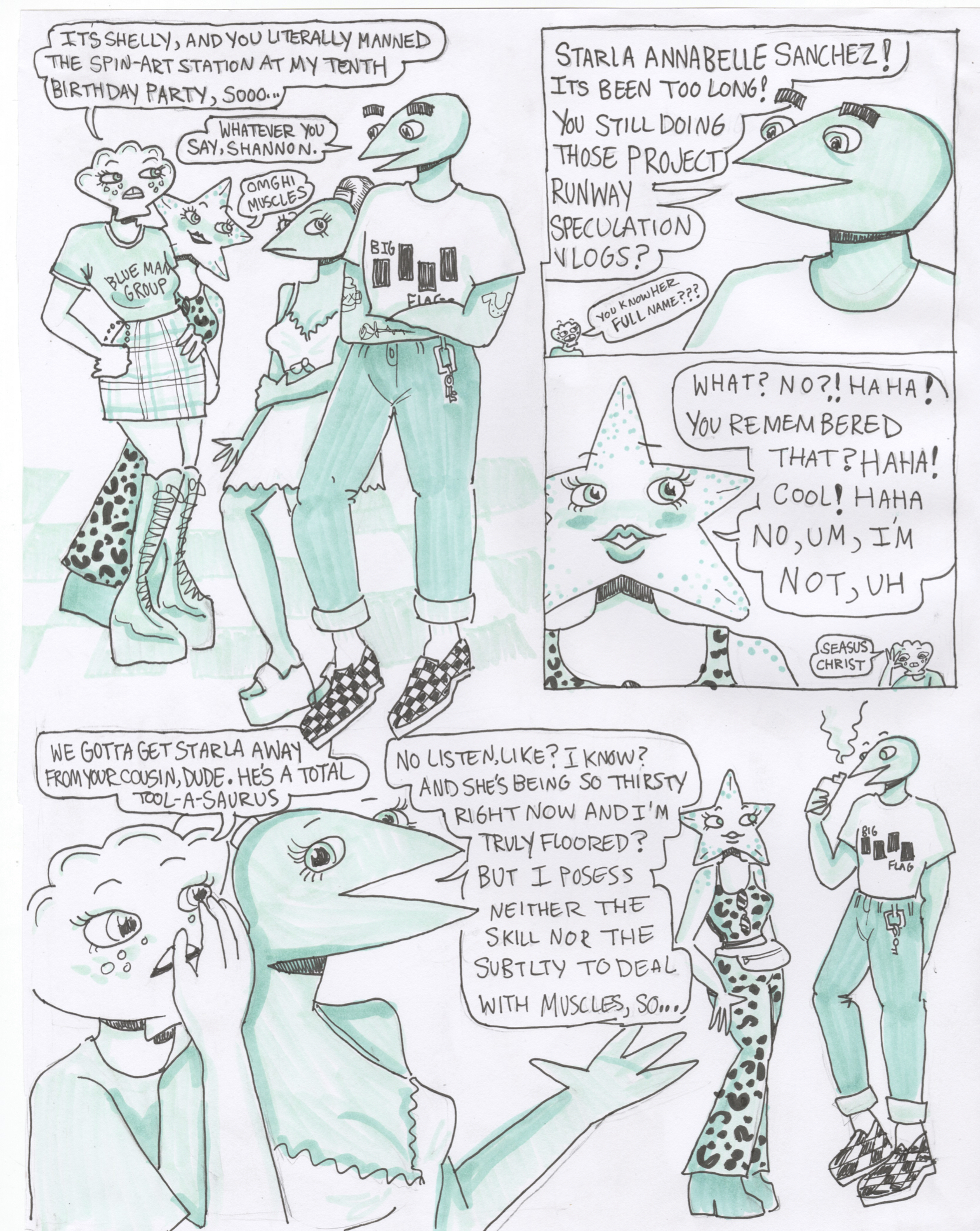 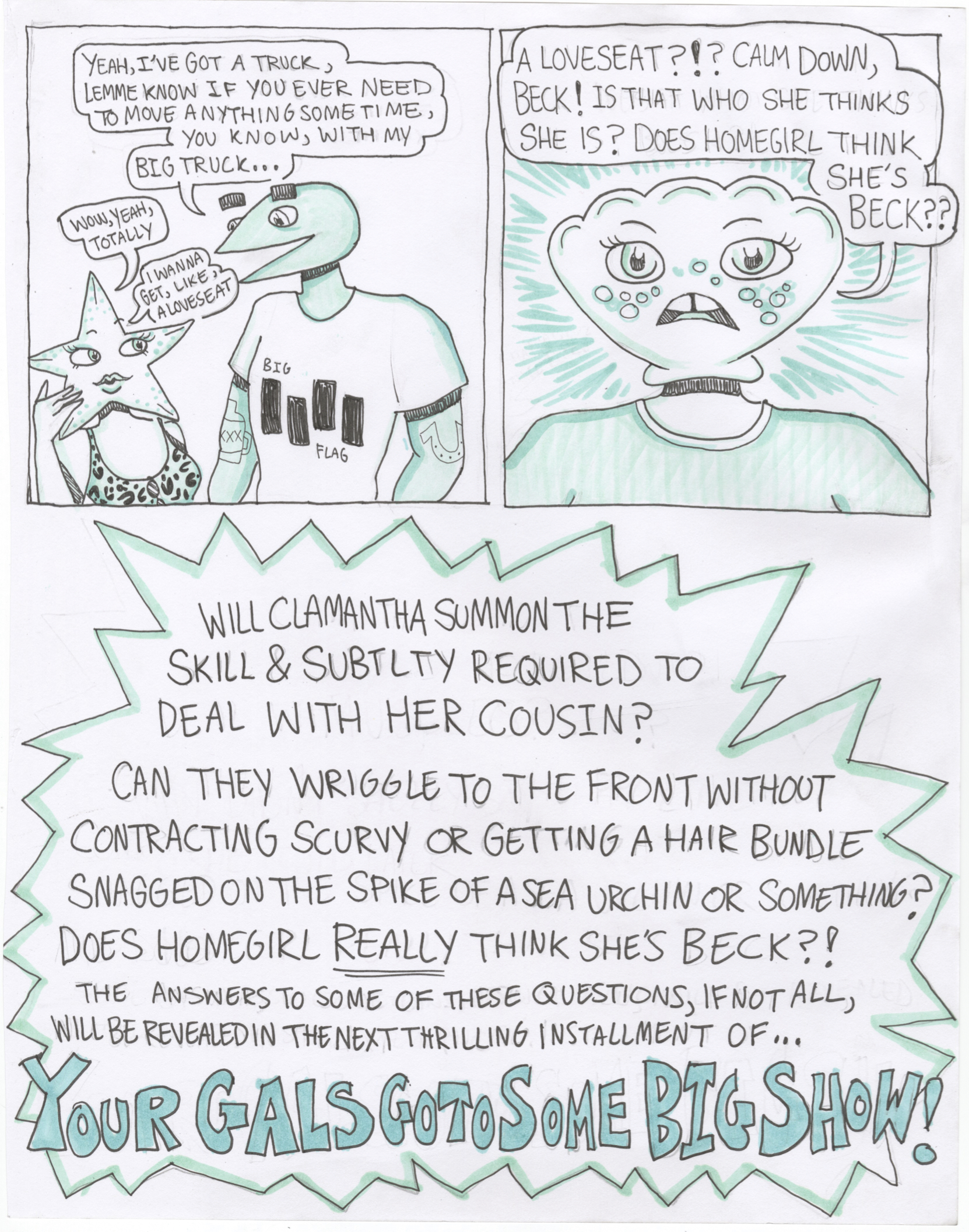