PREMIERE: This New Video From Tightwire Is Crappy

“A new band with a great demo, is this a trap?” asks Red Scare Industries in a recent press release touting its first Twin Cities-based artist, Tightwire. Thus was the conclusion of the scrappy indie label’s A&R staff upon listening to young band’s homemade recordings that’d been dutifully submitted by a member of Dillinger Four. New Noise recently announced the preorder and October 19 release of Tightwire’s debut album, Six Feet Deep… and now we get the shitty part: This new video.

In an arty political statement, Tightwire walks us through a movement led by the band’s drummer; all the while paying homage to Minnesota’s state bird, the Furry Naked Chubbler. This movement appears to be an ominous, odorous, and onerous experience. Enjoy, my good friends, enjoy.

Tightwire will be on the road throughout the fall with the likes of Off With Their Heads, Dillinger Four, and Teenage Bottlerocket; and will soon announce a record release show at Minneapolis’ legendary 7th St. Entry – a venue which features a toilet that has been unforgettable in its own right over the years. 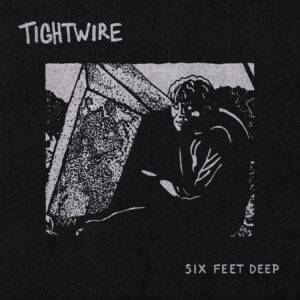 Stock up on wipes if Tightwire is blowing up a toilet near you: